Plasma cutting torch is similar to TIG torch welding in that the arc is formed between the tungsten electrode at the tip and the workpiece. By placing electrodes in the torch, however, the plasma arc can be separated from the protective air sac and then pushed through a well-shaped copper nozzle to compress the arc. By changing the diameter of the hole and the velocity of the plasma flow, three operations can be achieved: 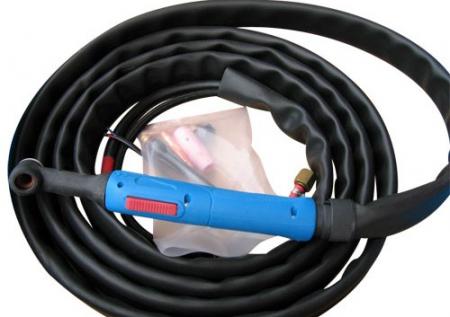 Microbeam plasma welding parts can also be used at very low welding currents. The columnar arcs remain stable even when the arc length does not change more than 20mm.

At a larger current of 15~200A, the plasma arc has similar process characteristics to TIG arc, but the arc is more straight because the plasma is compressed. Although the plasma flow velocity can be increased to increase the depth of the weld pool, there is a risk of mixing air and guard gas in the turbulent guard flow.

The welding consumables suppliers by increasing the welding current and plasma flow velocity, welding material suppliers can produce a powerful plasma beam, which, like laser or electron beam welding, can create sufficient penetration in the material. During welding, with the flow of the welding pool, the metal is cut through the hole and formed under the action of surface tension. In single pass welding, this process can be used to weld thicker materials (less than 10mm thick stainless steel).